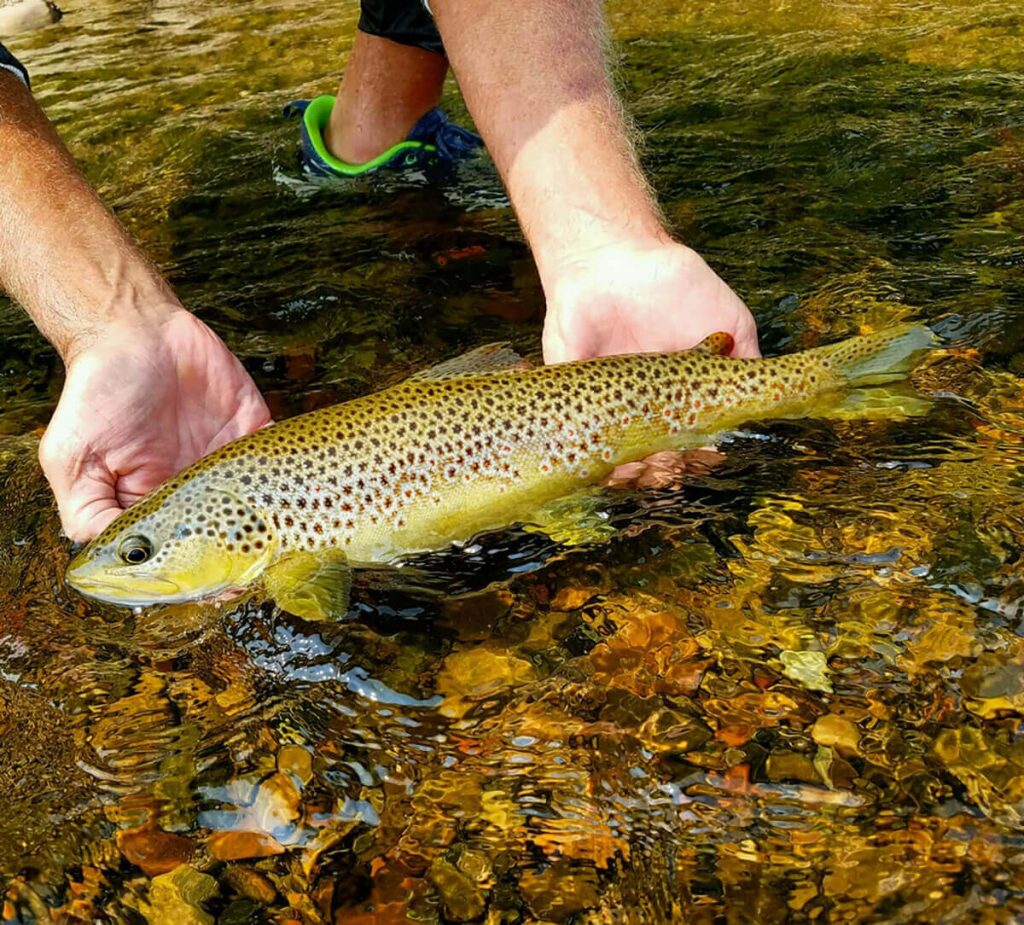 Flows on the Eagle have come down since peaking at roughly 1,600 cfs a few days ago and productivity has improved. Water clarity is good in and around Minturn, but worsens the further west you go. That said, the water west of Wolcott has seen improvements in water clarity and there is anywhere from 1 to 2 feet of visibility. Air temps in the high 80’s and low 90’s could easily turn things around and lead to rising flows in the coming days. However, at this point, trout continue to hug the banks in areas where the water is moving fast. In areas where it opens up, they are more willing and able to spread out. Regardless, you’ll still want to go with comparatively bigger and flashy bugs as the water is stained and you’ll need to get the trout’s attention. Pat’s Rubber Legs, Egg Sucking Leeches, Buckskins and Golden Stones are all great lead fly options. Otherwise, trail with one or more smaller searcher/attractor patterns like a Hare’s Ear, Flashback PT, Copper John, Frenchie, Rainbow Warrior or Perdigon. Smaller midges, baetis and caddis nymphs have been productive as well, but fish these patterns in times of better water clarity (early in the day). In the early hours, clarity will be comparatively higher and trout will be more prone to spread out. However, as the day goes on and flows rise, clarity will worsen and trout will hug the banks as well as sit behind large obstructions like boulders so as to conserve energy.

Want to Fish With us in Eagle River?