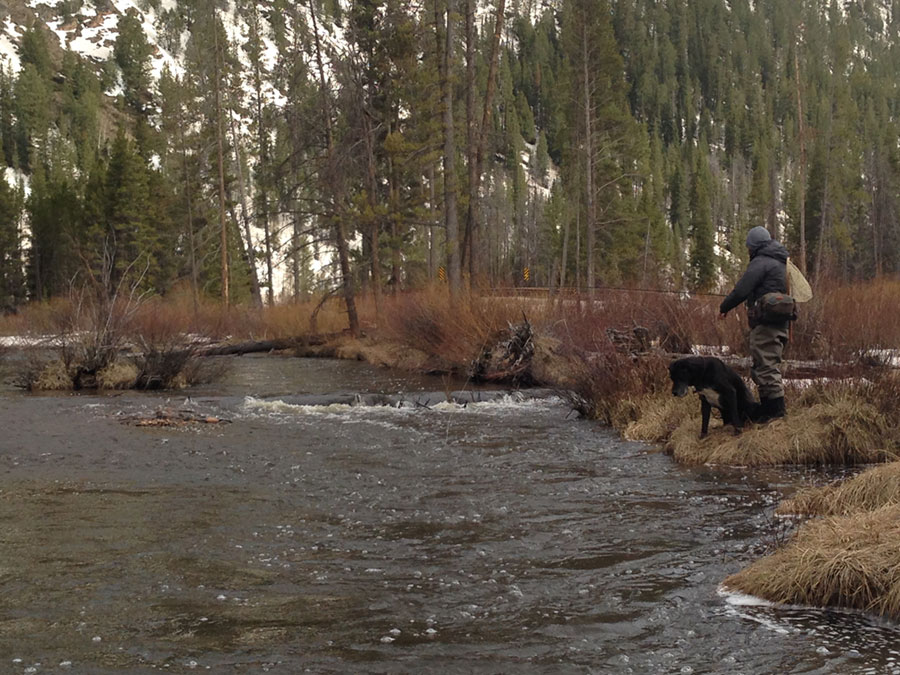 The Upper Colorado, near Parshall, has arguably been one of the most volatile sections of water we cover given frequent and erratic swings in flow and runoff from feeder creeks. Additionally, there is ongoing restoration work at Windy Gap, which has made matters worse. However, fires from previous years have led silt to build up not only on land, but in the water itself and when it rains, the water is especially prone to swings in clarity. With this in mind, we strongly encourage you to have a contingency plan. In general, if flows have held steady or declined for at least three days in a row and there hasn’t been any rain in that same amount of time you can expect clarity to be good enough to fish. You’ll want to keep an eye on flows from the Williams Fork as well. While the water coming from the tailwater is generally clean, a bump in flow can easily stir up the thick layers of soft silt that had previously settled on the Colorado. At this point, nymphing with big and messy lead flies that are dark in profile and move a lot of water will do most of the heavy lifting. Pat’s Rubber Legs, Pine Squirrel Leeches and San Juan Worms are a few of our go-to’s right now. Trail any of the aforementioned patterns with one or more smaller searchers/attractors like a Flashback PT, Copper John, Brassie, Frenchie or Rainbow Warrior and hit the water along the banks where clarity is best. Hopper droppers and streamers are a great option as well. Again, hit the banks, in either case, and be sure to cover a lot of water.

Want to Fish With us in Colorado River - Upper?